I speak English at home, why is this an issue?

August 07, 2016
“Hey Bhagwan you speak English with your daughter? What is happening these days? People want to show off and are forgetting their roots”.
I have heard this many times. Earlier my reaction used to be - apologetic. I would keep quiet and try to ignore the comment and find an escape route. But now if someone dares to talk to me about this matter, I snap them off then and there. I am unapologetic I don't think I have done anything wrong which I need to feel ashamed about. So yes I do speak in English at home and this is my first language. No qualms about it.

And it's not because of an inter caste marriage in fact I have been speaking English as a first language right since childhood. To give you some background on how this came to be. My mother’s parents belonged to Mangalore ( it's a coastal town in Karnataka) they migrated to Bombay in search of a livelihood when they were young. They married, had kids and their kids were brought up by a maid. As my mom and her brother lived in Bombay and they spent a lot of time with the local maid they started conversing in Hindi and slowly this became a habit with their parents as well. Not that they did not know their mother tongue but it was just a matter of convenience and habit. My mom and Dad met in Bombay and as most people do they started talking in Hindi and that remained. When I was born my maternal grandmother felt it was better to start talking to me in English as that would help me further in school and Hindi is something I would pick up anyways once I grew up. So I started conversing in English and after my brother was born it sort of became our first language. Probably it was easier for us because most of our close ones like my aunts, cousins, grandparents as well knew the language. So we never faced this situation of being in the company of someone who did not know the language. As we grew up we picked up Hindi which is commonly spoken in Bombay and we would communicate in Hindi with neighbors and others. As a kid I was not much exposed to my mother tongue as it was only my grandparents and some adults like uncles’ aunts who spoke it. We moved to Pune after a few years where I learnt Marathi. I can speak pretty fluent Marathi and I am proud of it.

I then moved to Bangalore and it is there that I picked up Kannada. I won't rate myself as fluent but I can manage conveying my message. And I have a pretty good understanding of what the other person speaks. So if you are worried that my mother tongue has died a silent death that's not true. I do make it a point to speak to people in Kannada when I realize they are comfortable with it and English or Hindi is not the most preferred mode. I have seen the happiness and glint of pride in their eyes (like the cab driver or the sabji wala) for in a cosmopolitan city like Bangalore the language is kind of fading out. My husband is also a Mangaloren and when we met we stated conversing in English just because it seemed the most natural thing to do. And this stayed. And then my daughter was born it is but obvious that she would speak the language that everyone else speaks.

That's the background and now my thoughts. I believe it's a personal choice and just like someone may chose to speak in Tamil or Gujrati or Bengali , someone may chose English. What wrong and why the need to judge? Those hypocrites who scorn at us who speak English at home are the ones who suddenly start speaking in English to their kiddos when they hear us talk - I have seen this many times and it makes me laugh. You will hear them talk to the kid in a local language and as soon as they see you they will switch to English - the poor kid is baffled most of the times he does not know the language well enough and he would give a blank stare but the parent continues to babble. So if English is something you scorn upon then why don't you just stick to the local dialect and probably send them to a non English school.

I was in 10th grade and it was the first day of board exams. A good friend who is a Teluguite was with me. The girl speaks only Telugu at home and her English is really poor. Her dad had come to drop her for the exam. He saw me and started rattling off in English "write your paper well, attempt all questions, stay calm" my friend had a confused look o her face and I had some entertainment before the exam. So the point is I do respect my mother tongue and would definitely not want it to be forgotten or lost. I would want to pass it on to my child but I do not think that this can only be done by speaking it at home. I am certain she will pick it up as she grows up and I would want her to learn not just Kannada but many more languages. Being multilingual is always beneficial. I have experienced it and I think rather than focusing on just our mother tongue it's important we also remember our national language and state language.

I do not speak English to show off or to prove myself superior to others. Believe me if I wanted to do that I have more than just English to my credit. I speak it out of habit, it just comes naturally to me. Just like there are some people with whom you speak in Hindi though you both are equally conversant in English. Nowadays with inter caste marriages, nuclear families and most people including our earlier generation being educated and familiar with English, and also the fact that the importance of this language right from the formative years to growing up and working cannot be undermined - it is often a language people chose to communicate in. Do not mistake it for arrogance or the urge to show off.

While I believe it's important to safeguard our culture and languages and as an Indian I feel proud conversing in Hindi or any other local language, I also believe as an individual I am free to choose for myself. I do not need the smirks and judgment and worse from people who snigger but hastily switch to English when amongst a few though they speak a different language at home. I think such people need to be ashamed of exhibiting these double standards and not me. In being non judgmental, we really have a mountain to climb.

January 29, 2016
Little Tani was not her usual cheerful boisterous self when she got home today. She looked crestfallen, her eyes were puffy. Aastha looked at her and instantly knew something was amiss. Her motherly instinct told her something has happened in school that had upset her precious doll. She went to Tani as asked her "what happened honey, what makes my baby so sad today?" Tani burst into tears. "Mumma I have not been chosen to play the part of the bride. I wanted to it so much. I was waiting for the annual day since so many months and was hoping that this time they will give me the lead role in the skit. I was so good at the dress rehearsals. Everyone said I am such a good actor there is no doubt I will get the part of the lead. But they chose Sonal. I overheard the teacher saying " we want a pretty and fair girl" Mumma - have I not been chosen because I am not fair? Is only being fair considered beautiful? Will I always have to play second fiddle to people
Read more

The lady next door whom I envy 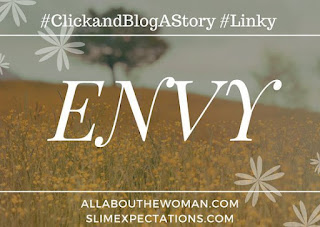 #ShortStory Jiya stepped onto the balcony and looked out. Such beautiful weather, the calm morning, lush green trees, a light breeze, so different from the maddening traffic which she endured daily.  "Hi Jiya. Happy Sunday! You are up so early? What happened to the 'no alarm, no snooze Sunday is the day to wake up at 10' girl? Kya baat hai?" It was Aarti her next door neighbour who was just back after dropping her kids to their squash classes. Jiya smiled “I just thought for a change let me get a feel of the real morning and guess what, I seem to like it. What plans for the day?" Aarti exclaimed "We are having some guests, so much of preparations to be done. Deepak's business associates and their families are coming over, everything has to be perfect. Got to go, see ya."A Jiya waved her goodbye and sighed. It would be so nice to have a house full of people - a loving husband, 2 doting kids, so many relatives and friends who are alway
Read more

Where has love gone? 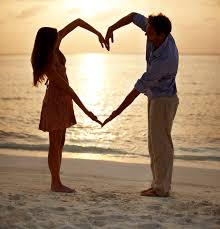 As Aesha tapped her heel restlessly at the Visa Consulate, one might just think of her as yet another young woman who has set her heart on an overseas dream, a future in the greener pastures and she is probably nervous if her visa will be stamped or not as her fate can either be made or broken by this one seal (or the lack of it). But for Aesha , her tumultuous mind couldn't be tamed today. While she was at the cusp of an important milestone in her career and getting the visa would mean she inches one step closer to her dream professionally- somewhere she shuddered to think of how it would impact her love life and the very foundation of her marriage. It seemed like yesterday- Aman and Aesha met at a sangeet and got talking. They hit it instantly and never realized where time flew. They would always chuckle when they got to know later that this had been set up by their parents.  Aesha was a young, dynamic, super smart, intelligent woman who was a great fan of Sheryl S
Read more