February 25, 2017
Backstage as a crowd gathered desperate to meet her- she looked at herself in the mirror- half of her face which was scarred by the acid attack needed no scarf or stole today. She took out her phone to click a selfie- “at Lakme Fashion Week- look forward to NY Fashion Week”- she tweeted with a picture of her full face- something she hadn't done since that fateful day.

At home, his wife silently wept as she applied burnol to her wounds. She shivered as she thought about the burns he subjected her to last night because the food was too spicy "Good for nothing woman, what do you do sitting at home the whole day? Can't even manage to complete a no brainer task like cooking an edible meal without screwing it up. Time to show you your value now."

“Kanta bai - please mop the corners and the balcony as well”- she looks irritated at her maid. “These bais I tell you- always finding ways to avoid work”. A 9 month pregnant Kanta bai sits on her knees, grits her teeth as she bends to mop the floor under the sofa.

9 Pm in the Mehta's house tells a different tale- Suraj is  watching TV as his mother lovingly feeds him aamras. Mili is busy frying puris in the kitchen.

Mithali, unaware of this is bewitched by her baby. Multiple fertility treatments and 3 unsuccessful IVF's later they decided to adopt- little Pihu belonged to her, she always knew that. She was born not out of her womb, but from her heart.

Rajesh wiped the beats of sweat from his forehead. Women are always given a favorable treatment he said to himself. Seema passed by with a smirk and whispered – “This is just the beginning Mr Verma, watch how I make you a pauper and you will be in a position to do nothing but just watch. Serves you right for deciding to divorce me because you found out about my affairs See who has the last laugh now”

Mrs Chopra did not say anything- she smiled silently thinking about the past 35 years- the pangs of loneliness, being the sole parent of 2 boys, doing everything alone, no one to share her feelings with and now when she had found an outlet, things seemed better. I need to change my phone pass code and the tinder profile pic needs to be camouflaged she mentally made a note, the name of Ravinder has to be deleted first.

A good speech it was – she said to herself that night as she sipped her wine and bit into the tender tandoori chicken. On second thoughts the chicken tastes divine, let me have another leg piece she said - I deserve one for the brilliant speech today.

In the early hours of the morning once everyone had left and the mess cleared, he sat forlorn looking at the scrap book she had lovingly made for him on his last birthday and he burst into tears.
The last time he cried like that was when he left home for boarding school, who said “Boys don’t cry?”

Geeta looked across at Seema her buddy and through a light nod of the head asked her to check her phone “The email from the Marriage Court of Brazil had confirmed their marriage registration date in the next 10 days. “A few more days my love and we are out of his hell hole, there is no need for us to hide our love there. I love you Seema” 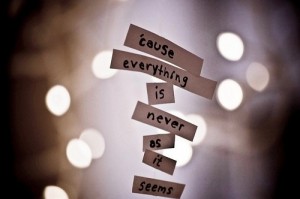