Is she working? How much does she earn? Who manages her money?

April 02, 2017
Mr and Mrs S and their toddler live in my residential complex. Mr S is an engineer who works in one of the software companies. Mrs S who is a post graduate stays at home taking care of the toddler. Mrs S's son and my daughter play together , being almost of the same age. Mrs S would often tell me "Its nice you go to work, look at me I have studied so much and I sit at home. Hopefully when he grows up a bit and starts schooling I can do something." I suggested to her that if she does not have family support and is reluctant to leave her son at a daycare or with a nanny, why not think of starting something from home. She knows some basic beautician work and the complex we live in has many working women who would love to have an in house beauty parlor. I suggested to Mrs S to enroll for a professional course and then start a parlour on a small scale at her residence which would serve the dual purpose of her being engaged and making her own money and at the same time being around for her child.
My mom who takes care of my daughter and runs a play school at home to keep herself occupied also suggested that Mrs S can enroll herself in a Montessari course and then take up teaching in a pre school so that she can try and get a job in the same school where her son studies and that would work well to suit her needs. 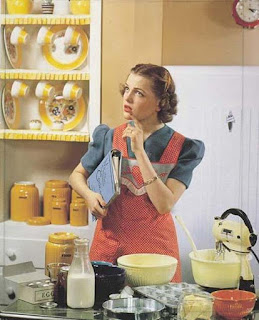 Mrs S sounded enthusiastic and upbeat about the parlor idea and Mom and I were happy as we being strong advocates of women needing to find their purpose and doing what makes them happy- here was another woman whom we had tried show a path.
But the enthusiasm was short lived. A few days later Mrs S told my mom that Mr S was not too happy with her idea of working. "Whats the need for you to work? I am earning well and have I ever said no to any of your demands. I do my best to keep you and baby S happy. If you work, Baby S will be neglected, you wont be able to manage him and your work." Mrs S had decided to abide by her hubby's wishes.

Now till this incident happened I always had great regard for Mr S. He single handedly managed the household, took the family for outings and to good restaurants. Mrs S proudly displayed her latest online shopping loot from Limeroad. I always thought he is such a caring and responsible husband and father. I do not see him cribbing or refusing his wife's demands but after this incident it got me thinking - is he really a caring and good husband? Shouldn't he be encouraging his wife to go and pursue her interests of working? Only meeting her demands for clothes and fine dining qualify him as a good hubby?

Another contrasting situation which comes to mind is my very good friend Ms X. She is a Chartered Accountant like me and we studied together. Once in the course of our internship we 3 girls had a sudden urge to go for street shopping. While me and the other friend were all excited, Ms X was a bit hesitant. On further probing she revealed that her debit card was with her Dad and she had no money on her. We offered to pay and she could give us later. When this happened multiple times, that she was always short of money I asked her how come her card was always with her Dad? She answered me saying that when we got our card on joining her father kept hers and till this day it has been with him.  He operates her bank account and beginning of every month hands her money for her needs. If she needs extra money she needs to ask him and get it. I found it odd- why a 24 year old Chartered Accountant earning her own money needs her Dad to handle her finances. Don't get me wrong, I am not against giving your card to family members. My mom  borrows my card, I borrow my hubby's card when I run short of money but that's always a temporary thing. I return back the card once my work is done. I cannot think of any reason why I would not be in a position to manage the same money I make. 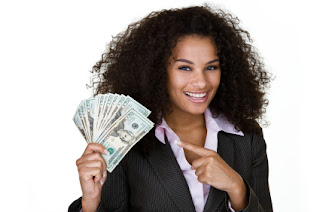 Ms X is now Mrs X and her card has moved hands from her Dad to hubby. The hubby has taken over the duty her father used to perform. Now as CA's with a good experience we do make decent money and as young women we have wishes- like buying that designer handbag, those glossy heels or indulging in a good meal with office friends or buying a gift for your parents, child or hubby. For me its as simple as deciding if I want to spend that sum of money and out comes my Amex (or stays tucked in my bag!). But Mrs X who gets more of an allowance for her needs would need to go back and ask for her own money.

I am not here to rant about her Dad or hubby- she is a young, educated, independent working woman- is she any more liberated than my neighbor Mrs S- I do not have the answer.

I recall when I was of the so called marriageable age (actually I had crossed it per the Indian standards), my family was looking out for a suitable alliance- I heard some comments like - she has studied too much, makes a lot of money for her age , its difficult to get boys in our community who leave aside make more money, even matching her salary would be a challenge. I was left wondering - the pride that I have at making a 6 figure salary every month and working at one of the top MNC's where everyone literally pines to work for - the things that made me feel a sense of achievement were the very things that went against me in the marriage market.
A good friend cautioned me "Don't marry a guy who makes less than you, my elder sis has married one, its 10 years and they have a lot of ego issues". Seems the sister's card and decision making was also with the hubby.

I fail to understand these few things:


I know this is yet another controversial topic I have decided to write about but these 2 stories I mentioned above are as real as the sun that shines bright. And so is the dilemma I faced when it came to my marriage. These are some hard hitting questions we need to ponder over and answer - to ensure that when our little daughters and sons grow up, then are not entangled in the web of these beliefs which caught Mrs S, Ms X and so many of us in its realm - else who knows Mrs S would have been an entrepreneur in the making today? And Ms X would have walked straight into that Tanishq store and bought those pair of diamond earrings she had set her heart on!

July 13, 2017
I have now moved my blog to wordpress. You can read me at www.akswrites.com. Hope you will visit me!
Read more