Now let me confess- I am really NOT someone who loves watching daily soaps. I know reading the tile you thought- what the heck, if it’s a daily soap on TV it is bound to be stereotypical, full of nonsense and drama and if you watch such stuff why complain, and if complain why watch?
There was a time when I was in college, all naive, and this was when internet was all about going to the cyber cafe and getting all excited about entering the chat room and typing asl (age ,sex ,location) and talking to strangers. At that time, the only source of entertainment for young people like me was the idiot box so I won’t lie- I used to watch the Ekta Kapoor soaps and probably even like that at that point, that’s why I use the word Naive.

As I grew up, met diverse set of people, read and experienced new cultures, my thought process changed. With a hectic job, I hardly found time for any TV watching. My Mom who is also a working woman used to watch a few Marathi soaps. She always told me that Marathi soaps are far better than Hindi- they are more realistic, you don’t have heroines in silk saris with ghonnghat, laden with jewellery and bridal make up at all times, the drama is lesser. It’s usually about middle class families, their struggles. Of course you have your villains, for without them how would the story move forward?

I started watching a few of them when I was idle and they seemed ok, not as mindless and intolerable as the Hindi ones. And then came a new soap on Zee Marathi "Kahe Diya Pardes" at 9pm on weekdays. This show was unique and was an instant hit for numerous reasons- 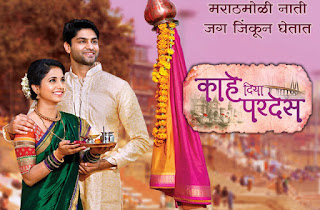 First of all a Marathi soap having a Hindi name, secondly the soap had both Hindi and Marathi dialogues and though the proportion of Marathi spoken was obviously more given its  a Marathi serial, the male lead is a North Indian who plays the role of a Hindi speaking guy who comes to Mumbai from Benaras to pursue a job. As the actor playing the role is a Hindi speaking person, he is not fluent in Marathi and as the character demands he is always found speaking in Hindi. A few cute tidbits of Marathi is what he attempts but that's it. So for a Marathi serial to have the main lead speak Hindi was path breaking in a big way. And though this was a risky bet the serial makers took, it paid off well.

The story revolves around Gauri a typical middle class Maharashtrian girl who works in a private firm, she lives with her parents and grandmother (aaji), brother and sister in law. Gauri's family is shown to be very progressive in terms of their thinking. Her father (very well essayed by Mohan Joshi) is very attached to his daughter, he encourages her to work and pursue her career. He also supports his wife who is a school teacher and his Mother in law (aaji) who lives with them. This was another giant leap that this soap took- depicting aaji someone who is the maternal grandmother but lives with her daughter and their family. Aaji is another lovable feisty character who is forever cracking jokes, having witty comebacks and quarreling in a light hearted manner with her son in law.  The best part about her character is that she is a self-reliant woman who cooks and supplies meals in and around her vicinity by putting her skills to use and helping the family financially rather than being the typical aaji who just sits and reads gayatri mantra the whole day. 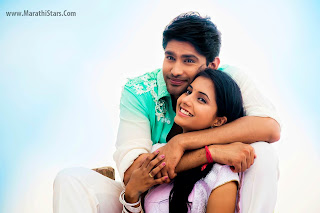 So Shiv the guy from Benaras moves in as Gauri's neighbor and after the initial quarreling, fighting like cats and dogs, they fall in love. No prizes for guessing that family resistance will follow from both sides, the couple will go through tough times, decide to sacrifice their love and marry someone chosen by their family to make their parents happy but finally the  parents realize their folly and give in. They get married amid much pomp and show and that when the serial should have gracefully ended. It would have left an inedible mark in all our minds as a soap which was not ordinary, attempted to do things differently and succeeded. But alas, the producer's greed for TRP's got the better of him and they probably decided they should earn more- at the cost of the serial losing its credibility.


Shiv and Gauri get married and move to Benaras to live with his extended family. Gauri who was once an independent bold working girl who had dreams and was not afraid of talking, is now seen clad in a Gujarati sari, with her head always covered in a ghoonghat, and is forever thinking about what to cook for Shiv's family to impress them. Her mother in law who was never happy with this alliance is plotting ways to take her down and her well-wishers – Dadiji (Shiv’s grandmom) who is the head of the family is trying to safeguard her interests.

At one point when Gauri visits her parents after marriage and informs her father that she is resigning from her job he stops her and asks her – “why would you do such a thing? What’s the use of educating you if all you would do is cook at home? Whatever you do make sure you work and remain independent. Find a job in Benaras but do not quit”. His advice falls on dumb ears though as our heroine has only goal in life now- be a good homemaker. 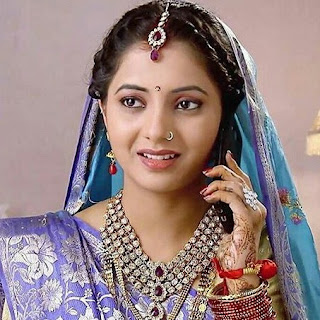 Whenever she talks to her parents and aaji on the phone her primary topic of interest is what new dish can I cook for Shiv's family and she is always seen discussing recipes with her aaji. The last straw was when Shiv's family admonishes her for calling her husband by his name. This is blasphemy they roar and she then starts addressing him as Shuklaji much to the delight of not just his family but Shiv as well who should have ideally made his family understand that addressing the husband by name is normal nowadays and they should not be appalled by it.

As I shook my head in disgust and was disappointed that one more serial that too one which looked so promising and had broken so many barriers from its inception, has now taken the same old gender biased, stereotypical and so out of sync with reality view- I decided the least I could do is stop watching it and make sure I write down my views on this. Not that one TV which no longer tunes in at 9 pm for the soap makes a huge difference but I hope that there are more like me who will not tolerate this nonsense dished out to us in the name of entertainment and put a full stop to this. The message will surely reach the show producers and others someday and I hope that day comes soon.